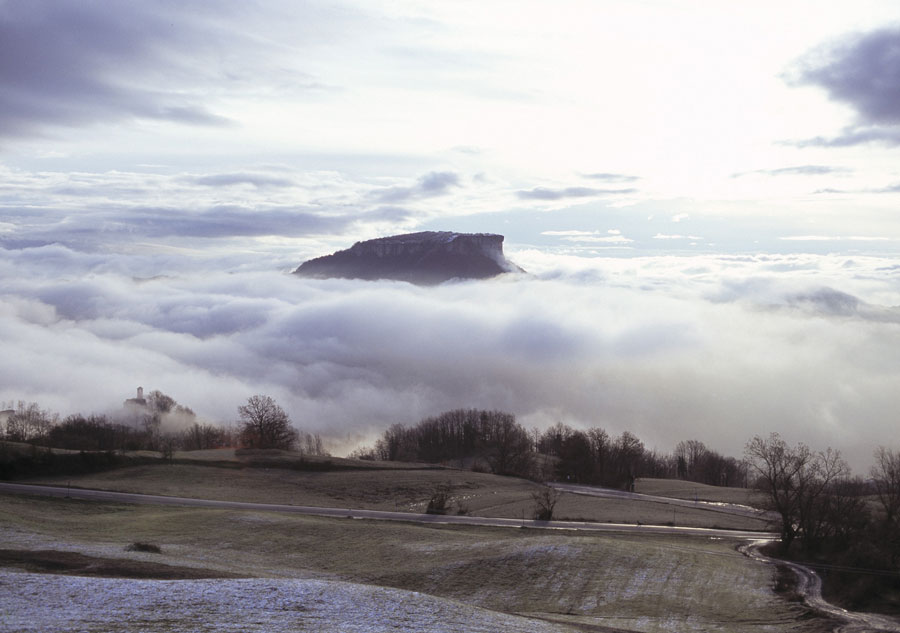 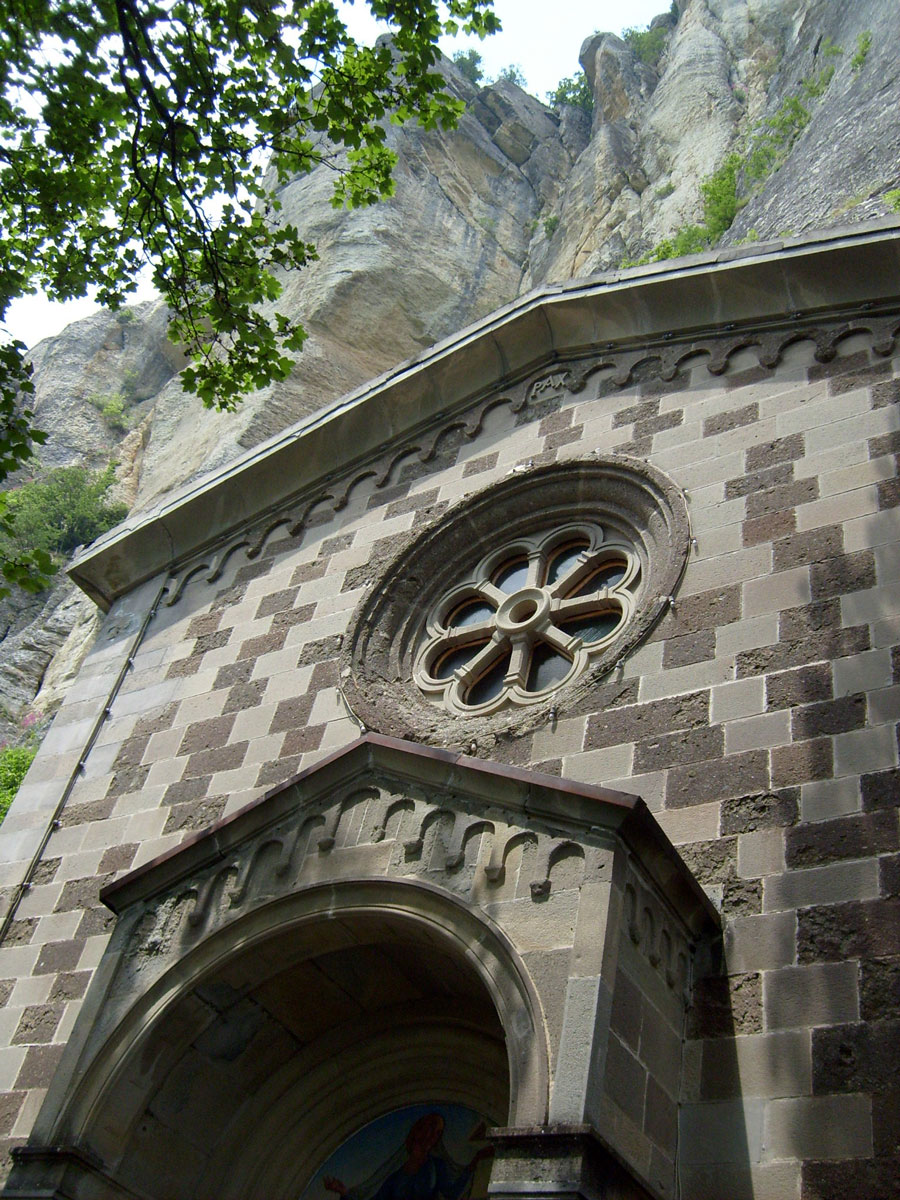 A sacred and almost magical mountain in the Reggio Emilia Apennines, a Dantesque crag (mentioned by Dante in canto IV of Purgatorio: “one climb Sanleo and descends in Noli / And mounts the top of Bismantova / With feet alone; but here one needs must fly”), but also a Celtic altar according to recent studies.

The Pietra di Bismantova is the jewel in the Reggio Emilia Apennine countryside and the eternal, silent witness of its history. Inhabited by Celtic – Ligurian people, but also an area penetrated by the Etruscnans, it was subdued by the Romans in second century B.C. (it is refered to as “Suis Montium” by Titus Livius). Having become a Byzantine stronghold (Kastron Bisimanto, according to Giorgio da Cipro), it withstood the Longobard attacks until the seventh century.

Annexed by Charlemagne in 781 to the royal feud of Parma, it then passed to the Supponidi and from 950 to the Canossa family: the latter built the Castrum Novum (New Castle, today’s Castelnovo) that, in 1111, was donated by Matilda herself to the monastery of S. Apollonio di Canossa.

In the Twelfth and Thirteenth Centuries Bismantova was the cause of friction between the Da Bismantova family (a branch of the Dalli), the Da Palude family and the Municipality of Reggio Emilia, that claimed possession of it, until in 1409 it fell under the control of the este family, which held it until the unification of Italy (1859). At the foot the crag, under the south-east side, there is a monastery built around the year 1400: for many years it was occupied by benedictine monks, today it is a sanctuary of the Reggio Emilia and Guastalla Diocese. Being part of the Ginepreto Parish, Holy Mass is celebrated there (for information about times apply) to the IAT tourist office tel. +39 0522 810430). The Pietra di Bismantova looks like an enormous cliff (1047 metres above sea level) on the top of which a vast grassy plateau of 12 hectares extends; once completely used for grazing, a good part I today covered by hornbeams and hazelnut trees.

The rocky massif is made up of biocalcarenites and of sandstone sedimented in the lower Miocene era, that is 19 million years ago, on a base of sandy marl.

The presence of other minerals, particularly quartz, and of numerous traces of organisms (mollusc shells, calcareous algae, sponge spicule, fish teeth, particulary of sharks) bears witness to the geological life of the rock in its prehistoric age. Being 1 Km long, 240 mt wide and standing 300 mt above the highland which forms its base it is a gigantic example of residual erosion.

The Pietra, sections currently serched are the “Campo Pianelli” sites and the “Castelletto” area (with ruins of a medieval castle having been uncovered in the latter), along with all of the surrounding area that is of archaeological and natural interest, is part of the Tuscan – Emilian Apennines National Park, established in 2001. It is the best-known and most visible symbol of the Tuscan – Emilian Apennines: the unmistakable profile of Bismantova can be glimpsed from the high passes of Pradarena or Ospedalaccio, as well as from any point along the ridge. For centuries this piece of rock with its sharp angles, hammered into the centre of Reggio Emilia Apennines, was the natural signpost for passing prelates, men of arms, shepherds and merchants. In fact, the main historical routes of Reggio Emilia, the Verbolense originating from the river Secchia and the “matildic” from the town of Canossa, both converged on the unmistakable Pietra. 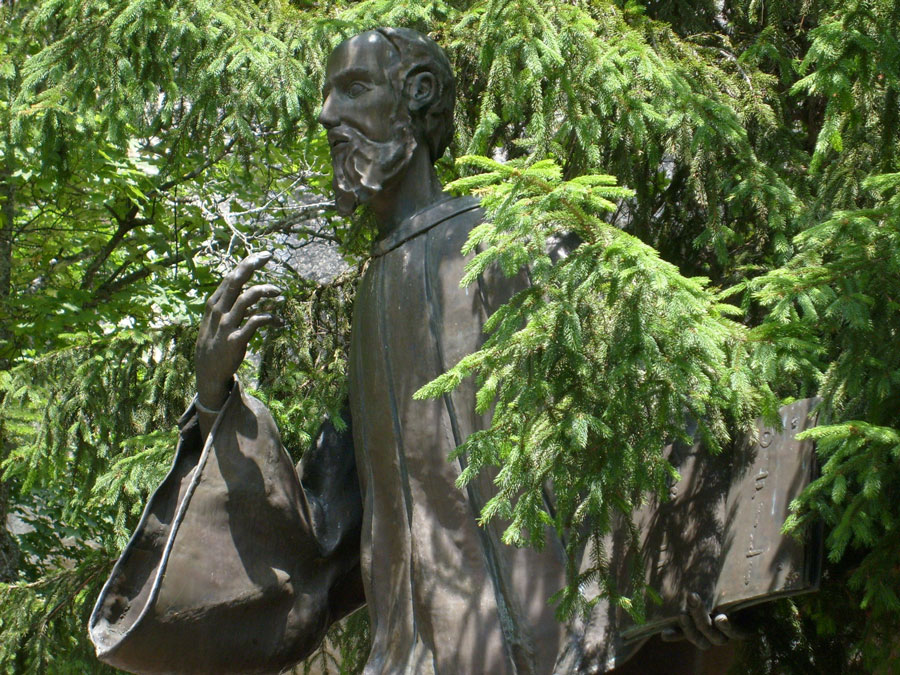