< Ways to reach the top of the Pietra di Bismantova 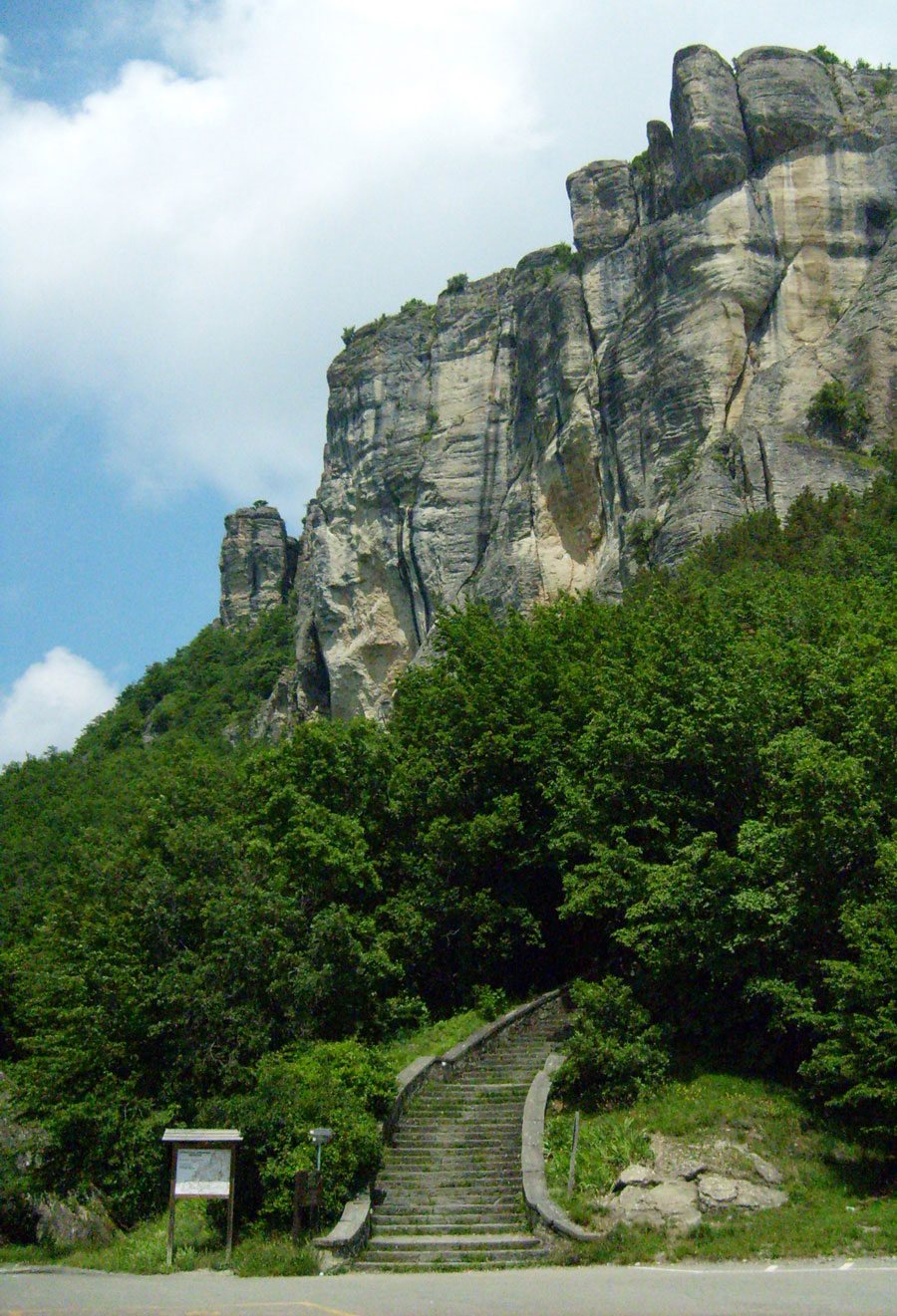 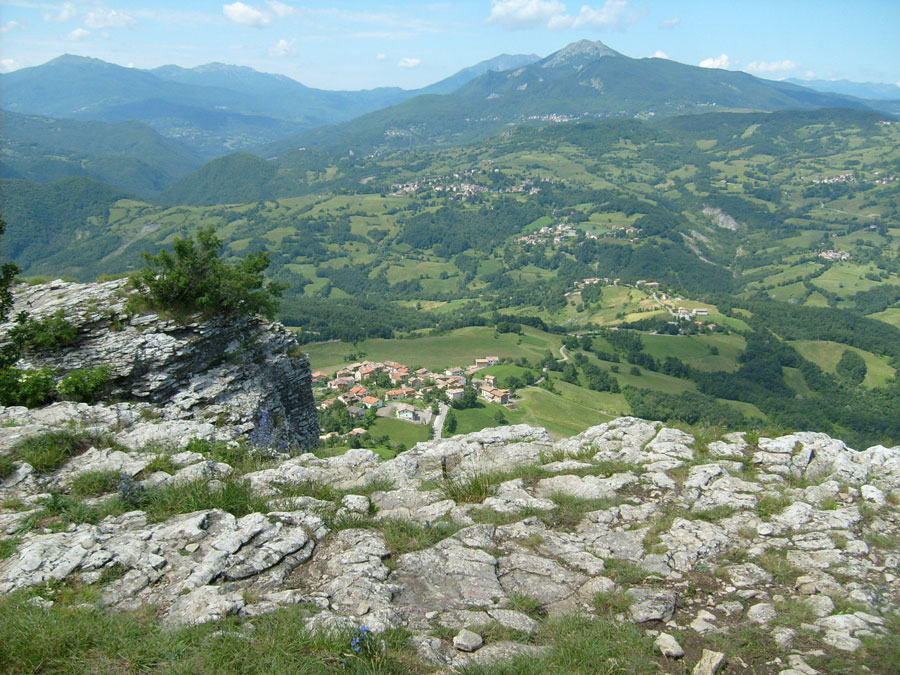 The most classic route enables you to reach the top of the crag on foot in about 25 minutes. The tour starts off from Piazzale Dante Square (872 mt; with car parking) that is 3 Km from the centre of Castelnovo. Arriving at the Piazzale dell’Eremo Square (Monastery), you pass beside the charming spring dedicated to the Virgin Mary and the take up the route (on CAI – Italian Alpine Club path n° 697) that gradually approaches the rock face, until it passes belowe the great sandstone crag, and crosses areas characterised by large quantities of material from landslides that have occurred over the centuries. In its final stretch the path passes through wooded areas, until the last part, steep and cut into the rock, which then brings you out onto the plateau. In the part below the overhanging rocks the risk of falling rocks has required various safety measures to be taken, so it is advisable to approach this stretch with the utmost caution and the correct equipment.

To get to the top of the crag in total safety some changes have been made to this route: passing beside the Rifugio della Pietra (Refuge), along the CAI – Italian Alpine Club path n° 697A (just after the refuge keep to the left), the path continues through the wood with ups and downs, descending to the Agac (water supply company) depot. You can also get to this point by leaving the car on the road that takes you up to Piazzale Dante Square, about one kilometre before the car-park, close to the junction with a road closed to traffic which, if you go up it a few metres, takes you to the path. Once you have reached the Agac (water supply company) depot you climb up a steep stretch called 697B, that can easily be followed thanks to the white and red signs of the Cai although it is somewhat difficult to climb, and that passes round the south wall and returns to a level 968 mt a.s.l., where the last stretch which, after a rocky climb arrives at the plateau on the top, begins. The 697A + 697B route takes about 50 minutes overall.

There are also other simple and pleasant routes available, that, starting from Castelnovo, from footpaths and boroughs around Bismantova, lead to the top of the Pietra, with the prospect of enjoying superb view and as soon as you pass the junction for Carnola, keeping to the left you come to Via Pavoni, that leads to the hamlet with the same name (you can travel up to there by car). There is a path starting from here (it is possible to see the appropriate signs) with a slope that is not to steep and that, alternating between stretches in the woods and others in the open, takes you to the top in around 55 minutes.

The start of this path can also be reached from Via Comici, in the centre of Castelnovo, where from around street number 34 a carriageable road takes you to Pavoni in about 5 minutes. Again in Via Comici, if you go on to the end of the asphalted road, you arrive near the hamlet called Casa Pattino (street number 31), where another path begins, fairly wide and not too steep, that joins up with the Reggio Emilia Apennine bridle path (clearly signed). This stretch can therefore be covered on foot or also on horseback and, after about 35 minutes’ walk, it takes you to the top. If you follow this path, it is advisable to park your vehicle before you get to the hamlet of Casa Pattino.

An unmissable feature is the Giro della Pietra ringroad, a scenic route through the extraordinary landscape of Parmigiano Reggiano and the rural boroughs, an intinerary constituted by a path surrounding the bottom of the rock and connecting Bismantova to Castelnovo through the communities of Carnola, Ginepreto (connected via a CAI footpath featuring Triassic chalk formations), Vologno, Maro, Casale and Campolungo. Every one of these boroughs is connected at its peek by a gentle footpath; parking facilities are available at the journey’s starting point, as well as road signs and boards containing maps and information on excursions and historical notes.